Rashaad Newsome is an interdisciplinary artist whose work blends several practices, including collage, sculpture, film, photography, music, computer programming, software engineering, community organizing, and performance. Using the diasporic traditions of improvisation and collage, he pulls from the world of advertising, the internet, and Black and queer culture to produce counter-hegemonic work that exists between social practice, abstraction, and intersectionality. His work reclaims the Black body, celebrates Black contributions to the artistic canon, and creates innovative and inclusive forms of culture and media. Newsome has exhibited and performed in galleries, museums, institutions, and festivals throughout the world, and his work is in numerous public and private collections.

With support of Rapid Response, Newsome will create, test, and launch the Being 1.5, an app that directly addresses the lack of mental healthcare in the African-American community. A large data corpus created from findings, research, and writings by Black psychotherapists and scholars who focus on race, gender, and class in American society will inform the creation of counter-hegemonic algorithms (e.g., search algorithms that use non-Western indexing methods, or that highlight alternate histories and archives) to craft a user interaction that feels like a genuine therapeutic exchange. 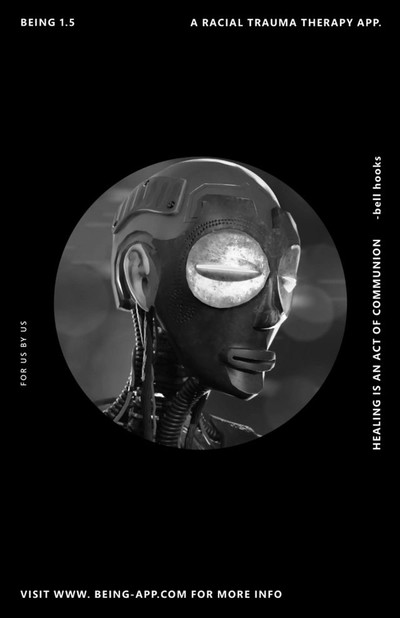